Acupuncture is a system of healing which has been practised in China and other Eastern countries for thousands of years. Although often described as a means of pan relief, it is in fact used to treat people with a wide range of illnesses. According to traditional Chinese philosophy, our health is dependent on the body's motivating energy-known as Qi (pronounced 'chi')-moving in a smooth and balanced way through a series of meridians (channels) beneath the skin. Qi consists of equal and opposite qualities- Yin and Yang- and when these become unbalanced, illness may result.
​
By inserting fine needles into the channels of energy, an acupuncturist can stimulate the body's own healing response and help restore its natural balance. The flow of Qi can be disturbed by a number of factors. these include emotional states such as anxiety, stress, anger, fear or grief, poor nutrition, weather conditions, hereditary factors, infections, poisons and trauma. The principal aim of acupuncture in treating the whole person is to recover the equilibrium within the body.

Your acupuncturist will first conduct an assessment of your general health and medical history. An assessment will include questions about the symptoms you might be experiencing and about any other treatment you have received in the past. The acupuncturist might also conduct a physical examination when required.

Acupuncture needles are then inserted into specific points along meridians or channels in order to restore the proper flow of your vital energy of Qi.
Once needles are in, no pain is felt. They will be left in that position for about 15-20 minutes. The needles used are very fine and for your protection they are all sterile. one time use, and disposable.

How can Acupuncture help me?

Acupuncture is used to treat a wide variety of health conditions.

Here is just a partial list of conditions for which acupuncture has been found to be effective:

Acupuncture rarely causes any discomfort. Different people have different sensitivity levels. Some people don't feel the needle being inserted at all; those who are more sensitive to needles have described a tingling sensation or the feeling of a small mosquito bite and even then only for a fraction of a second. Most people find the experience of receiving acupuncture relaxing and often people nap while the needles are in place. 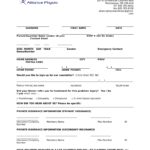